« See all of atomati's Songs 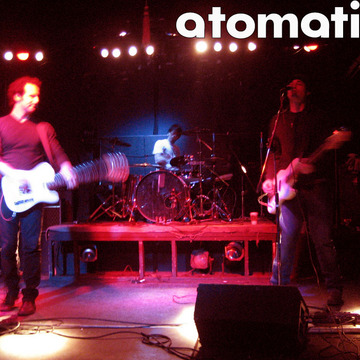 Atomati’s own take on new wave and post-punk’s excitable and rhythmic interplay draws comparisons to such bands as The Cure, Joy Division, Gang of Four, Duran Duran, Bloc Party, and U2. The drumming, often influenced by dance and house, collides nicely with the rhythmic attack of the bass and the more melodic, ethereal textures employed by guitar and keys.
Uploaded: May 23, 2007
Duration: 3m 15s

Comments for Clothes On Fire