« See all of MUTINY MEDIA's Songs 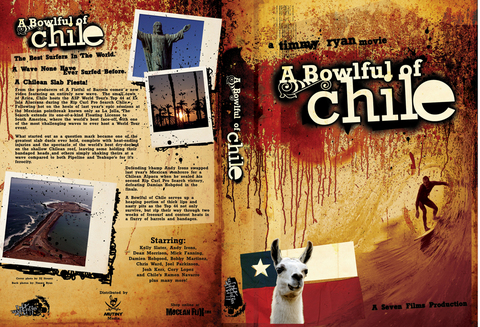 / 1:59
"A BOWLFUL OF CHILE"
The Best Surfers In The World.
A Wave None Have Ever Surfed Before.
A Chilean Slab Fiesta!

From the producers of A Fistful of Barrels comes a new video featuring an entirely new wave. The small town of Arica, Chile hosts the ASP World Tour's Top 44 at Ex Isla Alacrans during the Rip Curl Pro Search Chile. Following hot on the heels of last year's epic sessions at the Mexican pointbreak known only as La Jolla, The Search extends its one-of-a-kind Floating License to South America
Uploaded: October 15, 2007
Duration: 1m 59s