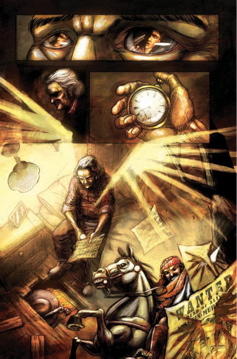 written by Trabolsi/Severino/Vieira - for the "Johnny Delgado" character - this song is a spaghetti western latin/rock song about a hero who gives his life for a friends. It is written for a Latin character, about a Latin character - even BY a Latin character - as our friend
Lucas Vieira collborated on it with us & added the
Spanish lyrics!
Drums: Russ T. Blades
Produced/Engineered by Lenny Post @ Hickory St. Studio in Blauvelt, NY 10913
Uploaded: March 26, 2008
Duration: 3m 46s

Killer guitar sound. Especially like the vocals and lyrics. Nice touch with the sound effects. Added to favorites.
by Marlan on January 17, 2010 at 1:00 AM EDT