« See all of Steve Smith's Songs 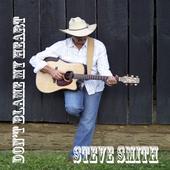 The Song Another was a Idea I had since 1993 , I thought it would be cool to write a country song with a little twist , Typical traditional county was mainly about drinking , losing you love to someone, ect ect ....but with the song Another Beer it starts as if it will be just another drinking song , But on the 3rd Vs the song has a twist , when his x comes into the bar where he is drinking her away along with her New Man .....
Hope you have enjoyed the song Another Beer ...And Thank You for Listening.
Uploaded: December 1, 2010
Duration: 3m 50s

Comments for Another Beer