« See all of Manuel K's Songs 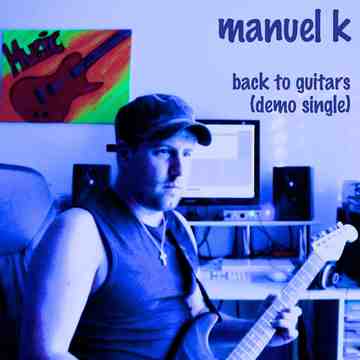 Currently 71st in Blues
Manuel K is a independent rock singer, guitarist, keyboard player and songwriter from Switzerland. Manuel K was formerly known as lead singer and guitarist of the rock bands Nextmile and Rockcousins which are on longtime hiatus. That's why Manuel K started his solo project in 2013. His first Demo Single is "Back to Guitars" - some kind of a guitar-driven blues-rock song. It will be released on January 31, 2013 worldwide (iTunes, Amazon, cdbaby,...)

Comments for Back to Guitars (Demo)