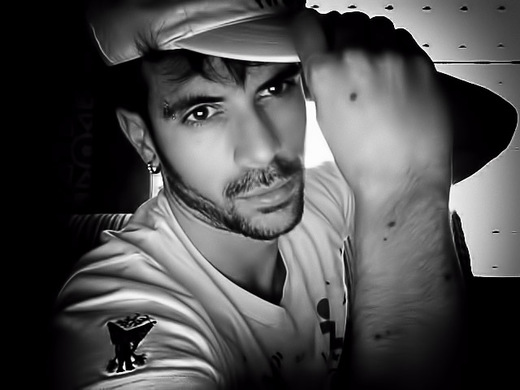 Since childhood I have always been involved with music. I started playing the accordion that my grandfather left me and also with a small keyboard that mimicked the melodies I heard in the songs.
From 9-10 years I got into the municipal band of my village playing saxophone and some friends and I formed a band in which we composed and sang songs.
I also became the drummer ("Tamborilero") from my village, playing the flute and drum processions and festivals.
We passed the little group which we named "Blas Ba" the trio orchestra called "Andalba". Then my brother played drums. My sister-in-law sang and I sang and played keyboards.

While singing at parties, weddings, baptisms and communions, I started to create songs, and in a more serious, since I spent, as he combined with my studies, learning production, writing and recording in "home studio".
I am currently writing songs and I started making videos and upload them to youtube, because I love music. We also continue with the trio and orchestra for a year also formed part of a flamenco group (in which I sing) with my new sister-in-law (who also sings and plays guitar) and my brother (on percussion).

Step by step and with effort and dedication I create my projects, from the lyrics of a song, music, arrangements, recording, video, post, website, choirs, in short, everything on this website, by the means at my disposal.
My greatest desire is to live music, which is what really fills me and makes me fight every day, since I have never left the music aside.

A big hug for everyone.