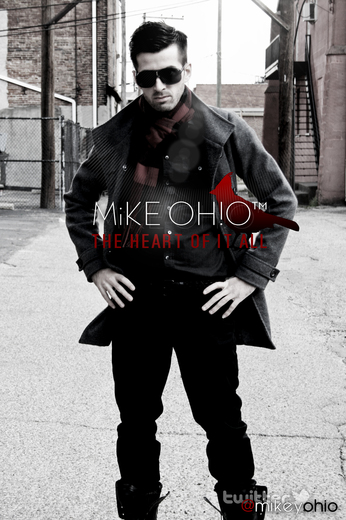 “The Heart of it All”, Mike Ohio has been perfecting his craft for more than half of his life. In the process, he has become one of the most promising Hip Hop/Pop Artists, Producers, and Entertainers of his time. He hails from Ohio’s first capital, Chillicothe, just south of Columbus. Growing up in the East End of town, a poverty stricken area with the immanent thought of never achieving the impossible, he faced the odds and overcame them to become the artist that he is today. His desire and determination to succeed in the music industry is unparalleled and uncompromised. Using limited resources and natural talent, he has managed to create five independent albums, build a fan base worldwide with sales on six continents and over one hundred countries. In addition to being featured on Empire State Mix-Tape series, Def Jam Showcases, over fifteen popular social networking sites and more, none of these accolades even account for what the future holds. The sky is not the limit for Mike Ohio, he is headed to the stars
As early as twelve years old, he became fascinated with the look and sound of Hip Hop music. So in his free time, he started writing small verses just to get a feel for what he had been hearing and seeing in the main stream media. As time moved on and he matured, he and his friends began to freestyle as a friendly competition and for bragging rights. He quickly began noticing his talents were far more superior than that of everyone else participating. With this knowledge he decided to take his musical ability to the next level. At the age of eighteen he acquired a music recording program and proceeded to showcase these talents on his first song. As the song picked up momentum and gained in popularity, growing not only locally but statewide, he knew from this point that he had found his true calling. With new found confidence and creativity he vowed to dedicate his life to music and accomplishing his dream of becoming a worldwide phenomenon
As time progressed, as well as his talent, innovation and popularity, he acquired the necessary skills to market himself as a household name. Using social networking sites such as Facebook, MySpace, YouTube, Twitter and iTunes he began showcasing his artistic ability to the masses. What you see on the outside is only the tip of the iceberg. As a multi-faceted artist, he writes, produces, performs, edits, engineers, directs, designs and other countless attributes that help shape and mold his persona. All of these feats are self-taught, self-attained and autodidactic. He trained himself in the use of Pro Tools, Audacity, Mix Craft, Final Cut, Sony Vegas, and Photoshop just to name a few. Life experiences, logistics and the desire for something better are some of the many reasons why his influence and love of Hip Hop, Pop, Rock and even Country reflect in his music. This industry is in dire need of someone with the diversity, passion and unmistakable ability that defines who he is as a musician. He represents change, a fresh new outlook needed to keep the music industry relevant. To say “Mike Ohio is the future “ is an understatement, his time is NOW.