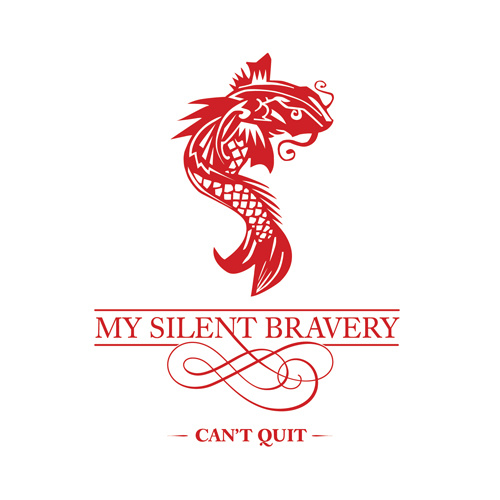 About My Silent Bravery

To Matthew Wade “My Silent Bravery” symbolizes persistence, perseverance and inner strength to overcome obstacles in the face of adversity. It is this type of determination that helped him overcome a sports injury in his youth that led him to pursue his passion in music. He now feels it’s one of his life mission’s to help inspire others to do the same by delivering his positive message to the masses.

Can't Quit Deluxe Edition is the latest release from MSB and was produced by Anthony Resta (Collective Soul, Elton John, Shawn Mullins) and features a track with Grammy nominated recording artist, Matisyahu. The Deluxe Edition also features the new remix track, Four Yearz, produced by Kool Kojak (Flo Rida, Kesha, Katy Perry).The album’s three singles, Can’t Quit, To Give (featuring Matisyahu), and Burnt Out (Acoustic) have collectively amassed over 1 million views on youtube with Burnt Out (acoustic) reaching as high as #2 on youtube’s most popular page . (www.youtube.com/mysilentbravery). Can't Quit was nominated for album of the year at Indie Music Digest and the album’s first single and title track also picked up honorable mention for the songwriting competition, Song of the Year.

The sophomore release came on the heels of MSB's first album “Are You Prepared” and successful placements on the CW's One Tree Hill, CBS’ People Choice Awards, NBC’s Last Call with Carson Daly, MTV's Real World and True Life, The Oxygen Network's Bad Girls Club, the History Channel's American Pickers and many others. These placements, along with spins on over a combined 500 AAA, A/C and CMJ reporting college radio stations, a top ten hit on the FMQB A/C chart, have helped the band continue to turn heads, make noise and gain local and national supporters alike. Boston Music critic Bill Copeland predicts “MSB may be Boston's Next Big Thing”. While the UK’s Neil Thomas at Rock and Roll View questions, “Why this artist doesn't have the backing of a major label yet is quite beyond me.”

Wade continues to keep busy and preserve on his own terms as a do it yourself (DIY) musician by releasing new music independently and touring to support it. In 2012, MSB shared the stage with John Waite, Teddy Geiger, Tyler Hilton, Rusted Root and supported the northeast leg of Howie Day's spring tour. MSB is presently in the studio putting the finishing touches on its new full length LP, entitled “Diamond from Coal” slated for release in early 2013.

Matthew Wade is endorsed by Gibson.