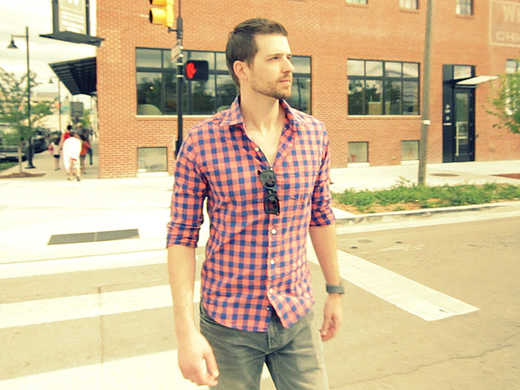 I was born and raised in good 'ol North Carolina. My family wasn't necessarily musical, save for my grandmother who played wicked piano at the local Baptist church and my sister who took piano lessons. I actually cut my musical teeth on Christian rap music...yep. My first cassette tape (yes, I'm that old) and CD were CCM rap artists. Besides having a positive message, the music instilled in me an appreciation for a good back-beat and lots of soul. From there my musical palate expanded to include a variety of different genres. However, R&B, rock, and blues stayed at the forefront as my favorites. After high school I attended North Carolina State University and received a BA in Mechanical Engineering. Very artistic, right? But while I was there I formed a band with some great friends. At first we called ourselves "Homesick" and then changed the name to "CloudbyDay". CloudbyDay gained some momentum and the highlight of our career was opening for Big Daddy Weave....once. Inevitably, life got in the way and we disbanded. I continued a very weak attempt to make music on my own, even opening for Warren Barfield. But I quickly got discouraged and felt like my songwriting was sub-par. With reluctance and a bit of bitterness from failed attempts in my mouth, a friend named Tyler Edwards (of "I Anthem") finally convinced me to start a band with him in South Carolina. We were called "Lift to Release". Writing and singing duties were shared between Tyler and I. Eventually though, I moved to Tulsa, Oklahoma to attend Victory Bible Institute's School of Worship. While in school at VBI, I got involved with the Axis youth group at Rhema Bible Church. I began to lead one of several bands made up primarily of high school aged kids. I was even part of a live recording and DVD called "The Power of Your Love". Up until now, that was my last recording experience. Although I cherish each experience I've had with different bands, I'm finally venturing out on my own. I'm writing music that's as honest as I can get and it feels good. It's an extremely exciting, but scary, time. I'm looking forward to what the future holds.