About One Mile Left

Founded 2008 in Bamberg, Germany, the three-piece One Mile Left plays Pop Punk like you heard itin movies like “American Pie”. If you missed that kind of music as much as the band did, you should give these guys a listen.

After releasing their first demo in 2009 and playing some local shows, they started recording their first full length record in the summer of 2010. Two years in the making, following one dream: To create a record independently with no record label, no producer involved that can keep up with legendary pop punk records like Blink 182’s Dude Ranch or Enema of The State and Sum 41’s All Killer No Filler..

Little did they know that they set out on a two year adventure. They extremely underestimated what it would take to get this thing done properly and after the recording sessions, which took place in two different studios, they realized that the sound wasn’t quite what they wanted. Do it yourself was the new way to go, new equipment was bought and they started from scratch again in their former bedrooms which have become some sort of recording studio including a bed, a TV and most importantly a X-Box 360 with FIFA 12 in it by then. In order to keep people interested for their material the band started to cover famous Songs in Pop – Punk Style and gathered more and more fans. Their cover of Blink 182’s I Miss You has reached 150.000 views alone by the beginning of May 2013.

And in the summer of 2012 their first album “Behind The Story” was finally finished. Recorded and mixed by the band itself,mastered at the famous Panda Studios in Fremont, California, this are 15 songs show exactly what the band set out to do. But they didn’t stop there. Shortly after the release they started working on new songs. In the meantime One Mile Left gave away all their Youtube Covers and B-Sides for free. The new material turned out to be different to the songs of their first release and really show One Mile Left developing their own style and sound new and exciting in an already overcrowded genre. The band teamed up with producer Achim Lindermeir at R.E.D Studios in Ulm, Germany and came out witht their best release so far: “The High Rise Afternoon – EP” was released in May 2013 as a free download. Now after 5 years, 12 self-produced music videos and 3 albums, more and more people get into One Mile Left. 2013 could really be their year. 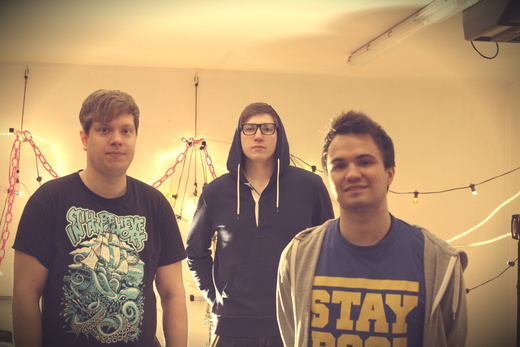