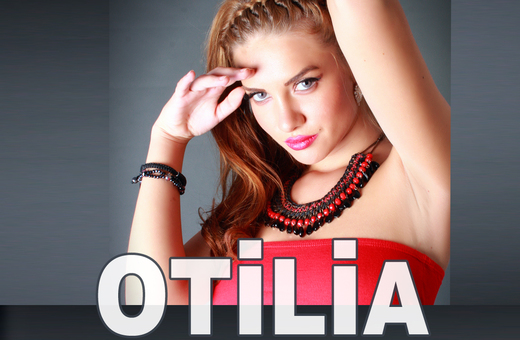 It's called Otilia and was born on June 13, 1992 in Suceava, Romania.
Since little has discovered his talent for music and the first noted was a music teacher from National College "Stefan cel Mare" Suceava. She was 17 years old  when he worked on the television Antena 1 of Suceava , meanwhile she sang folk songs.
Her first stage name was Bijue but after several songs released, another singer stole her name. In the summer of 2013 she changed her name in  Otilia and has already launched three songs like "French Kiss", "Russian Dream" and "On Fire "  until november 2013.

Otilia launched in November 2013 a new video for the song "On Fire", for who she  filmed for three days in various locations in Bucharest

All her released songs enjoyed a big success through all listeners not only in their country but abroad also. Her first song "All the stars" had a lot off succes. Basically, the video was made at the request of record labels that signed off the track, that in
order to enjoy a better promotion.

Labels as Clipper’s from Spain, Portugal and especially we announced a long-term collaboration with Som Livre in Brazil. The last mentioned have successful artists as Michel Telo, Gusttavo Lima, which will bring light in her career.Her full name is "Otilia Bruma" and in a few words it's one the best choice for your events.