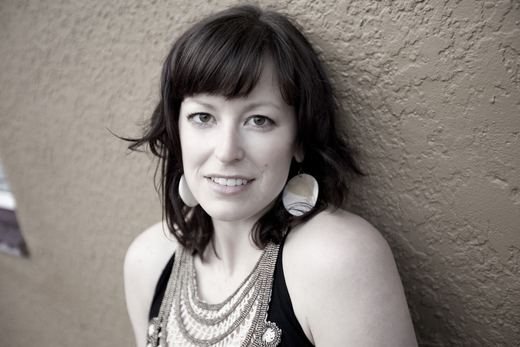 PK Tessmann is a Vancouver Island alt-pop songstress with strong musical influences of R&B, Folk, and Jazz.  Her voice, a full bodied honey, and her well crafted song-writing skills are something of substance.  With the confident timing of a skilled percussionist, PK strums a few chords on her guitar and her audience leans in.  The sincerity of her performance and the clarity of her voice are a mesmerizing mix, leaving you fully satisfied by either an acoustic ballad or a full band groove.

Growing up in a musical household led PK to complete the jazz program at Capilano College.  Since then, she has spent over a decade performing on various stages, released a solo album titled “Maybe” under the name Pamela Keld, participated in multiple compilation albums, won songwriter contests, and has shared the stage with bands such as Po Girl, Eugene Smith, and 54/40. Her journey has embraced both marriage and motherhood, and she beautifully shares these experiences in songs like “Nice to Meet You”, which she wrote after the birth of her son.  Currently, PK is releasing an EP album produced by Corwin Fox in the vibrant Village of Cumberland, BC. With tastes of Blue grass and heart-melting ballads, PK's fans eagerly await the release of the album.

The combination of her musical prowess and the serenity of her personality have earned her the respect and admiration of both fans and fellow musicians.

“PK’s well-crafted lyrics always resonate with something deep within me,” writes award winning songwriter Sue Pyper. “Her voice is agile and beautiful, taking you from one place to another with ease and grace.”

Local radio host Bee Wolf Ray, and fellow Vancouver Island songwriter describes PK’s music as “ moving, lyrical and powerful” and adds, “What a voice! Clear, light, potent, and so flexible and fluid... wow. I definitely want to hear more from you!”

Comox Valley songwriter Nathan Senner and co-host of the Comox Valley Songwriter’s Circle sums it up nicely: “From her touching lyrics and themes to her rich and enchanting voice PK is truly a pleasure to listen to. From the first listen you'll instantly become a fan."

You can also purchase PK's music on iTunes and CD Baby under Pamela Keld.