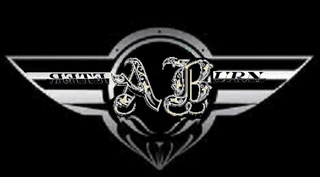 Joe, John, and Mike are all NY City Firefighters,and have been involved in and around music all their lives.
Joe had been trying to put a band together for nearly two years, when he asked John, who he had played brief stints with before, if he was interested in his new Project. John said he was in, they then began the process of trying out drummers. It was short, because after the first few failures, Joe called Mike after receiving a tip from a friend, and after some convincing, Mike said he would come down and check it out. "It was like we had played together before" Joe says of their first Jam.
Since that November 2009 first meeting, the guys have been rehearsing 1-2 times a week at a local studio, or in Joe's basement when the guys all had a day off.
Joe searched high and low for a formidable front man for over a year.
After MANY failured auditions and posers, he answered an add on craigslist for a lead singer and came across Dave. " He came down for two nights and did well, but at the time it just wasn't meant to be."
Dave and Joe stayed in contact and
after 4 or 5 months, Dave contacted Joe and asked if he was still Looking for a singer.
" John was sidelined recovering from surgery, and I was getting restless" says Joe. " So Dave and I got together one night at his studio, and it went real well. So much so, that thethey booked a spot at Ultimate Sound Studios for a full band rehearsal, with John returning from his short hiatus.
Needless to say, it went well. AFTERBURN welcomes Dave to the team