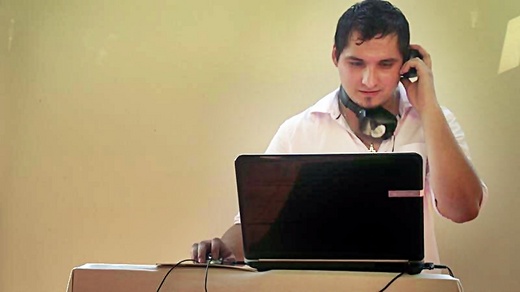 Graur Andrei Mihai aka " Andre Mickael",borned in Arad,Romania in 1988, began his journey into electronic music in 2002,when he had first contact with a music software.He started to learn the basics and in a few months he finished his first track,called " Vibrate".The awesome feedback from his friends and family was the only thing Andre needed to transform music creation in passion,instead of a simple hobby.From then untill nowadays,Andre has created more than 40 original complete tracks and covers,but in low quality and no mastering lacking of professional hardware and knowledge.

Untill 2010,Andre developed his music abilities,mastering technics and audio composition,and now he prepare a massive comeback with 3 full length artist albums.First one is called "I See The Lights Tonight" and it'll be released verry soon.

In the near future Andre hope that will sign with one of the european major DanceMusic Label,and start to work on a professional level.

His future ambition is to make the electronic music scene from his country respected in all over the world and to support upcoming romanian producers and DJ's.

Nowadays he uses FL Studio complete bunddle,with lots of vsti's and soundpacks.He prepare in the near future a massive investement in his first home studio,with complete hardware and payed softwares.

Andre is a great young artist,with a great future in the industry,with enormous potential and huge ambitions.He must be kept an eye on him,thanks to his determination and great courage,beside his great productions.