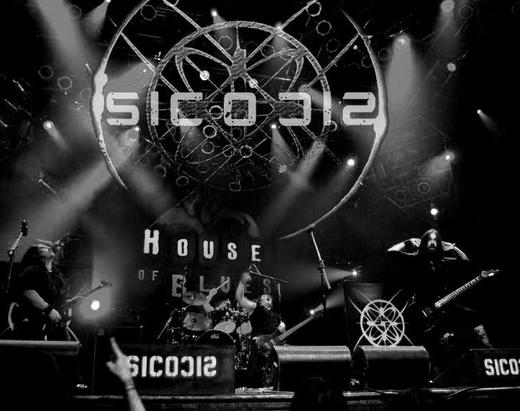 S I C O C I S (psychosis) has been unleashed onto the Las Vegas scene in 2008 and successfully gained attention from fans, promoters and critics alike claiming SICOCIS to be one of the top metal bands to come from the city of sin. Playing with national headlining acts like Devin Townsend, Warrel Dane (Nevermore) Blackguard,Cage, In this Moment, Scar Symmetry,Skeleton Witch,Melovant Creations, The Absence and many more.
With fusing the sounds of the metal scenes like Gothenburg, Scandinavia , with progressive melodic metal bands from the U.S like Symphony X, Nevermore,, SICOCIS has become what magazines like Metal Storm Monthly & Vegas Rocks say "Original" & "Big, Epic metal".

In 2011 SICOCIS won the 2011 Diablos Rock the Roof battle of the bands for $10,000 with high praises from the judges and the crowd. With the first release of SICOCIS CD "Revelations End" Out 1/01/2012 SICOCIS is pushing foward into the future with strong visions and a even stronger dedication.