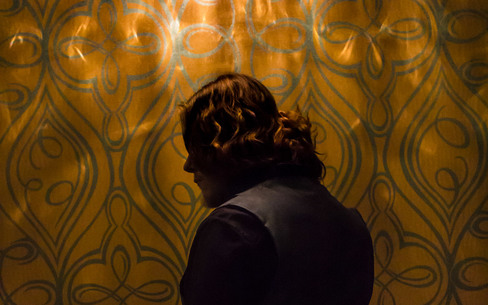 His interest in music started at an early age when he sang in choirs, both in school and in church. He didn’t start songwriting until the age of 13 when he started dabbling with a music program called MIDI Orchestrator Plus. He soon started to tinker with other programs like Sony ACID, Audacity, Garageband, and Adobe Audition. He finally landed on a platform that he felt suited his needs, and that was Image-Line’s FL Studio.

After high school, he moved to Arizona and pursued fashion design for three years. While in school for fashion, he had the opportunity to release two albums and have some of the music accompany models down the school sponsored fashion shows. He made a choice to go back to his home state of Utah and made his way back toward music singing in the Salt Lake Men’s Choir. During the three and a half years in Utah, he released another album and two singles. He made the decision to move again, this time in pursuit of his musical career. He landed in Nashville. After some struggle, he decided to go back to school for audio production and graduated at SAE Nashville in audio technologies. He had the opportunity to collaborate with several talented artists, both as an engineer and as a fellow artist. He sang backup on some tunes by Ashley Warren. He released another two albums while in Nashville. Ethyn decided to make yet another move, this time to Portland, Oregon, with his husband. Since being in Portland, he has released two albums, and EP, and a single while pursuing a career in Portland’s indie music scene.

Over the past 10 years, Ethyn has released seven albums, one EP, and three singles starting with Hail AQUAvine, and ending with AQUAVINE commemorating 10 years since the release of the debut album. With newly acquired programs, he works in Ableton Live, Logic Pro X, and Pro Tools.