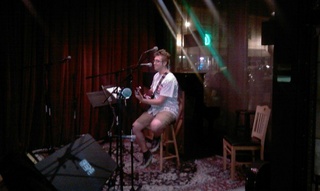 About Assembly Of One

Awesome you found us... or rather me. Assembly of one is my solo project. I've had several bands but I've found sometimes it's easier to do it on your own. Everything from the guitar, bass, keyboard, drums, recording, and mixing is me.

My name is Jesse May and i am AO1. I primarily play guitar, and hope one day to be a sound producer. I play acoustic sets and live guitar with backing tracks and a few friends.

No this is not a NIN copy. My major influences are Breaking Benjamin, Alter Brindge, Tool, and a local band by the name of Man The Mighty.