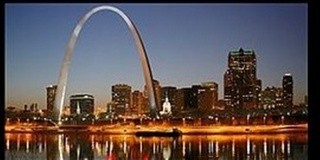 Nox, born Michael Lonnell Brown on December 14, 1977, has always been influenced by the world of hip hop. His father, Eugene Brown, always played such records like “The Temptations”, “The Four Tops”, “The Dramatics, etc. With this grew a imaginative and creative world of music for Michael, and by the age of 10, start writing poetry, rhymes and short stories. But it wasn’t until the year 1998, when Mike bought a keyboard from his cousin, that he found his true calling, producing tracks

With such producers as Wyclef Jean, Swiss Beats, Rockwilder, and his two favorite producers, Dr. Dre and Timbaland, Nox wanted to try his hand at beat production. Partnered with another guy by the name of “Trouble” (Mariko Thomas), started to produce tracks for sale to local artists. In the year 1999, Nox, through his sister, met a guy that went by the stage name Bucannon (now known as Ron Streets). Streets introduce Nox to Tez (bka Thurlbred) and Phillip (P. Gladys) who in which formed the group “Darkhart Family”. After doing some local shows and co-producing Thurlbred album, Nox and Ron Streets decided to form a two-man group going by the name “Beats and Rhymes”

Nox went on to produce the entire album of Beats & Rhymes titled “Beauty, Violence and Struggle.” The first single “Can I” is the first single off the album

Ryme
Ron Streets, born Ronald Fredrick Acles House, on April 27, 1982 on the streets of Wellston, Missouri. At the age 9, Ron started drawing at the age of 5. Such Influences such as LL Cool J, Eazy E, NWA, A Tribe Called Quest swayed him to the direction of hip hop and the involvement of music
What actually sparked him to begin a serious path in the rap industry was the lyrical rap of Bobby Brown’s Ghostbusters 2 soundtrack song “Take Control.

It wasn’t until the inspiration of the hip hop legend, Nas, that paved a path for Ron in the early 90s. In his high school days, he enter a session of “battle rapping” called the Round Table. After much success in these sessions, Streets decided to take his craft to another level, (after high school) participated in a series of mic battles in local clubs and other venues. One particular was the memorable Rolisa’s competition in the summer of 2001. Ron Streets went through 16 competitors including a rivaled group called “Broken Family Mafia.

Before the mic battles got under way, Ron met a rookie producer that went by the Mike (now known as Nox). Together with other members of Darkhart Family, produced songs for Tez (Thurlbred) and Phillip (P Gladys). After 5 years, Ron Streets and Nox decided to branch off and form a two-man team now known as Beats & Rymes