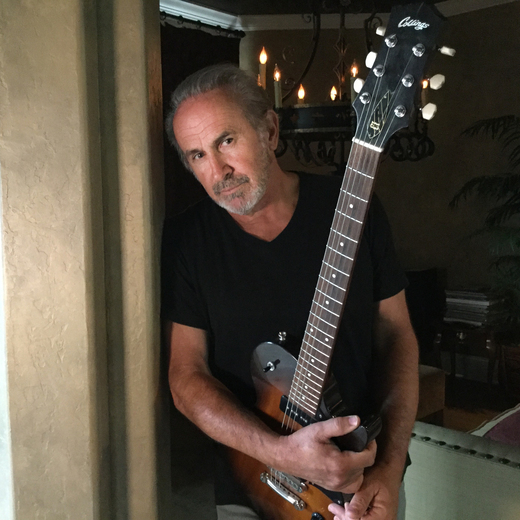 Welcome to all current and future FalcOholics!
You have arrived at the place to catch moving, heartfelt music from one of Music's finest singer songwriters.

What you are about to discover are some of the most beautifully crafted lyrics and wonderful melodies; songs that have captured the heart and emotions that are part of the fabric of day to day life: Joy, heartbreak, faith, hope and love.....
Someone once said that, after silence, music comes nearest to expressing the inexpressible. Singer/songwriter Billy Falcon’s music has a way of doing just that. As an artist uses color, Falcon uses words and music to convey life’s beauty and fragility, the joy, and the heartache, the disappointment, and always, the hope.
Over his career, Falcon has released a dozen albums, each remaining true to his hallmark of beautifully crafted songs with lyrics that move the listener to laugh, cry, think, remember, and always, to hope. His latest record, “When,” features thirteen songs that each continue that legacy. A poet, artist, and craftsman in the purest sense, Falcon somehow puts words and melody to all that it means to be human. The hauntingly beautiful title track, is a wistful yet joyful account of raising his daughter, Rose, alone. Falcon’s strength and vulnerability, passion, and humor are woven throughout the album, from Sunday Comes, and Fall To Me, to the melancholy tale of Boggy Key, to the everyman’s Hundred Dollar Bill, you get the sense that you’ve felt it, you’ve lived it, and somehow Falcon has put it to words and music. The record is a lyrical and musical testament that declares Billy Falcon’s music has maintained his authenticity, freshness, and significance. Like the spirit of faith, hope, and love that is his muse, Falcon’s music endures.
Stevie Nicks, Cher, Manfred Mann, Sherrie Austin, Meatloaf and Trace Adkins have covered Falcon’s songs, amongst others. Falcon has co-written over a dozen songs on the last six Bon Jovi albums, including Just Older, Last Man Standing, Everybody's Broken, When We Were Beautiful and the new single, Superman Tonight, on their latest release, The Circle. Give In To Me, co-written with Falcon’s daughter, Rose is featured in Sony Pictures just released film, “Country Strong,” and is performed by Faith Hill on the film’s soundtrack.
Falcon, often referred to as “Long Island’s Own,” grew up in Rosedale Queens. He signed his first record contract with a major label at age 18. Falcon, a prolific writer, is a self-described reporter, chronicling his life experiences with poetic lyrics and stirring melodies. Heaven’s Highest Hill from 1991’s critically acclaimed “Pretty Blue World” album articulates the pain of having to tell his three-year old daughter that her mother had died. The rawness of the experience is captured in both the lyrics and Falcon’s performance, yet the overwhelming theme of the song is the endlessness of love and the beginnings of hope. The song, which relays Falcon’s tragedy of losing his 29 year old wife to breast cancer, is extraordinarily personal and yet resonates with anyone who has experienced loss. Power Windows, the single from the same album, and an anthem for those who have figured out what is really important and meaningful in life, was a Top 40 hit.
Falcon has lived in Nashville for the past 19 years. Over the past four years, he has served as ringleader and inspiration to Nashville’s most talked about musical experiment, The Sowing Circle.
He continues to write, perform, record and produce records, his own, as well as for numerous promising young artists, his favorite of which is his daughter, Rose Falcon, a gifted singer/songwriter in her own right. She is currently signed to CAL IV and will be releasing a new album in early 2011.