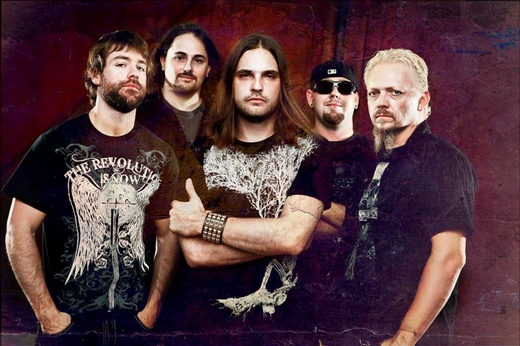 Black Metal Box was formed in 2007 by Guitarist Kevin Mantooth and is based in Phoenix, Arizona. Front man Mike Groves, Guitarist Andrew Bulock, Bassist Larry Myers and Drummer Tony Cottrell complete Black Metal Box. In mid 2007, the band recorded the self-titled three song EP, “Black Metal Box”. In October of 2008 the song “Fallen” was entered in “Our Stage .com” in the “METAL” genre for best new music, and out of 415 bands was able to take 1st place. This EP was co-produced and engineered by Larry Elyea of Minds Eye Studios. In 2009 the self titled album “Black Metal Box” was recorded at Minds Eye Studio, done by Larry Elyea. The tracks were handed to Saltmine Studios and were mixed and mastered by John Grey. The bands influences include; Metallica, Killswitch Engage, Static X, Disturbed, Chevelle, Breaking Benjamin, and many more. The music has a “Dark Crushing Sound” that will keep you entertained throughout the songs. And their live performances will bring immense energy and great crowd interaction. Black Metal Box is currently performing at live venues throughout the Phoenix Metro area and is opening act at the Rock Solid Pressure Industry Showcase in September 2010.The band also will be presented with the award for “Breakthrough Album of the Year” at the Phoenix Music Awards in Hollywood in November. We are endorsed by Krank Amplification, have 6 national Street Teams and one in the U.K. Additionally, Black Metal Box has received frequent radio play on KWSS 106.7 FM and has been played on KUPD 97.9 FM. We were 5th most requested on Pure Rock Radio in 2009, and placed first in the one shot competition for Rock Solid Pressure. We won the Playdio Homeless for the Holidays in 2008 And opened for Trapt at the Tempe Market Place .Our MySpace page sports over 5,056,061 plays. Our music is available on Amazon, itunes and other Internet music retailers. Black Metal Box has a mission to succeed and bring people together to create an enormous ball of energy. Promoting shows, selling merchandise and pounding the pavement is just some of the footwork that is done. This band has drive, motivation, and determination and will steamroll anything in its path.