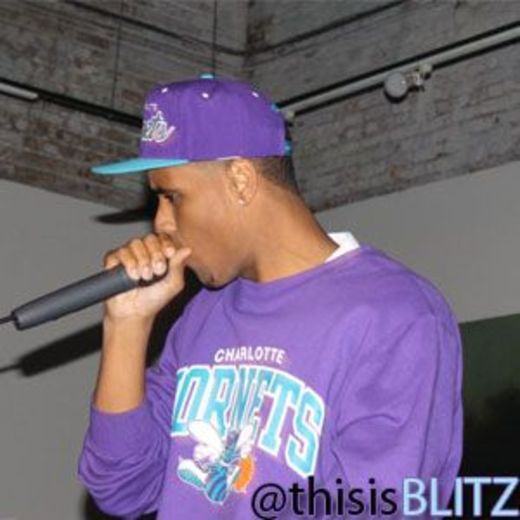 Randle Blitz Berry is a rapper, producer, and songwriter extraordinaire on the rise. Born in Gary, Indiana in 1991, Blitz grew up around a musical family. Music was in his genes from the beginning. His mother is a singer, poet, and artist and his father is a guitarist, singer, producer, and writer. With a large family, consisting of 14 brothers and sisters, Blitz is the only sibling pursuing a passion for music. Other than being musically influenced by his parents and siblings, he also gained inspiration from listening to international music mogul Michael Jackson.

From that he began writing lyrics at the age of 9, and has been motivated ever since. Most intriguing at that young age was that Blitz created a rap group called A.K.A. 45 with two other friends. Realizing that consistency at that age was rare, Blitz saw that he was the only one taking it seriously, so he left the group at age 11 and decided to pursue his music dream solo. Blitz moved to Atlanta, GA in 2005 and the music reputation the city has attained only added fuel to fulfill his musical dream.

Blitz’s first recording was an unofficial remix to Fat Joes Lean Back in 2004. In 2006, he began making beats and producing his own music. Since then he has made beats for local artists in Atlanta including Gbox, Jsalmz, and SL Jones.

With four mixtape releases and website, Blitz has made a viral stamp on the game and is showing why he is the future and what has and is to come.

Now 2011 with the release of his debute album "Today, Tomorrow, and Forever" and hits such as "Cheat Code" and "Groupie" and his LARGO Family behind him. Blitz is looking to take the hip hop game by storm by bringing real music and real hip hop back to its roots.