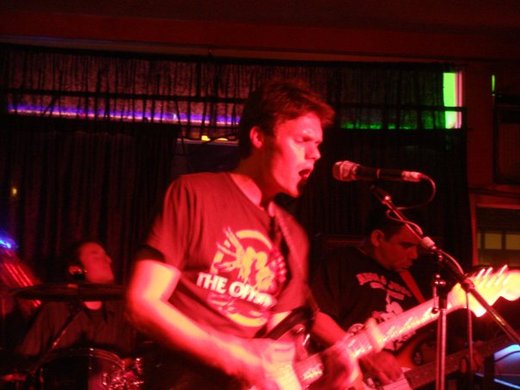 Robb Hill's music captures the essence of upbeat, edgy, inspiring alternative rock. With a combination of straight ahead rhythm-based rock, melodic verses, and catchy choruses, the band leaves audiences with something to remember in their ears until next time.  Hill and his band continue to create music that has a raw, energetic edge. The songs spawn influences from the likes of Nirvana, The Doors, The Beatles, Led Zeppelin, Radiohead and Tom Petty. At their live shows, both young and old music fans are heavily impressed by the ability of the music to go from all-out rock mode to clean intimate melodies. The band has started to gain fans from around the globe with their presenceon Jango online radio, YouTube, and more. The band has played numerous shows in in well-known venues in Vancouver, and they’ve successfully poached new fans from smaller clubs and lounges.

He will perform in Europe later in summer 2013.

The album "Come On In" is now available on his website http://www.robbhillmusic.com

Look for upcoming shows and plans to tour.