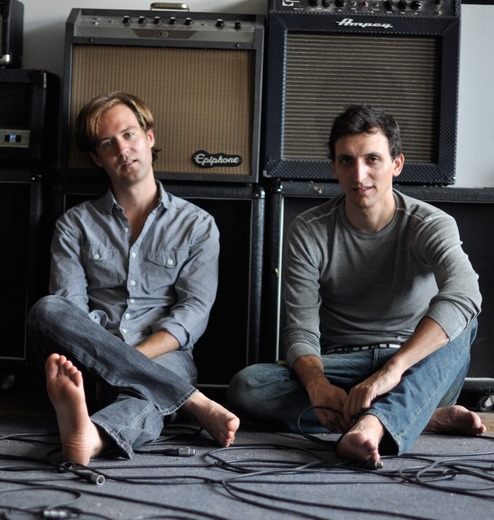 The duo Cahill is comprised of Boston natives Bob Antonelli and Scott O'Brien. As childhood friends and neighbors, their earliest artistic collaborations began at the ripe age of 5. Their creative flare spawned a series of embarrassing home videos, as well as occasional variety shows featuring their lip-syncing and dancing talents. These collaborations eventually matured into a growing passion for writing and performance.

After years of casually performing together, the group finally had enough original material to pursue their first full-length release. After several long months of writing and recording, this goal was finally realized in the summer of 2005 with the release of "Blend" - a collection of material that was more than twenty years in the making

Following the release of "Blend", Cahill brought their music all throughout the Northeast, playing every type of venue possible: coffee houses, colleges, music clubs, private parties, dive bars...the list goes on. During this process the two also found a new home in Boston's Faneuil Hall as resident street performers during the summer months

On October 12th, 2007, the duo released the much-anticipated follow up album to their 2005 debut, accompanied with a headlining show at Boston's Paradise Lounge. The new album, "At The Seams", is the duo's best artistic venture to date.