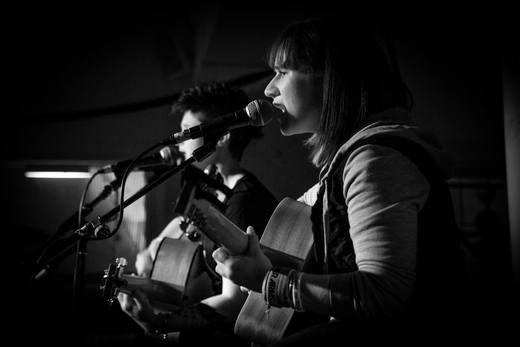 Calling Utopia is a pop-rock band hailing from Millicent, a small town in South Australia, and is proudly composed of sisters Sarah and Jess, along with band-mates Tom and Tony. Since forming back in 2008, Calling Utopia has put together all their efforts to perfect their Debut Album 'XIII'. Don’t let the band’s origins fool you however, their powerful rock sounds and lyrics are not your typical “small town band” tunes.

Ask the band what Calling Utopia stands for and they will tell you that it’s a reference to searching for the “paradise that we all long for and hope to find through the creation and performance our music. We also hope that our fans will find their own Utopia when they listen to our music.”

Drawing inspiration from artists the likes of Pink, Evanescence, Avril Lavigne, Jewel, Michelle Branch, Suzie Q and Paramore, Calling Utopia would describe their music as, honest, heartfelt, aggressive, catchy, and playful. A lot of the time the lyrics are written based on personal experience, but sometimes they just like to have fun and use their imaginations.

At the moment Calling Utopia are rehearsing and working on their stage act preparing to do some shows in cities near their home town and then move to Brisbane later in the year.
The rest as they say will be history!!