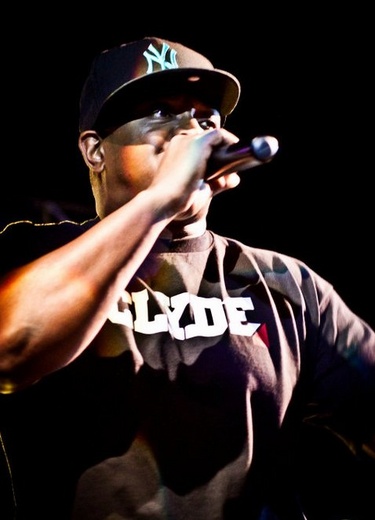 Clyde arrived in France in 1982 in the northern suburbs of Marseille.
First attracted by the dance, he began writing his first lyrics in 1996 under the pseudonym "Nikmen" and eventually get used to rap.
Small stages in small stages, he played his first professional gigs in 1999 (European cultural exchange - Marsatac connection) as well as a mixtape appearance marketed, with the participation of renowned artists such as Faf Larage, 3rd eye, Luciano and many others.
In the wake he meets Sisko, a rapper from Marseilles, with whom they will give birth to the group "SNC" (Sisko and Clyde) and they will work with artists such as DJ and Djel Sat (Fonky Family), Mystik, DJ Daz (I am), El Matador ...
They create a label, "Marstown Entertainment, and enslave the stage experiences and media until 2009, when Clyde is once again alone.

The ups and downs of this medium have made him gain some artistic maturity, he then did it again with a solo mixtape, "it galvanized Volume 1" and a video clip of a track from his mixtape.
The label "Marstown Entertainment" becomes "Big Block Production."

"Done things before someone does it before you, above all, know that with the brother probably one does not. Advance you, puts his foot in the door is now or ever, is the cry of victory he must shout "

What does not kill him makes him stronger: Clyde continues today to spread their music while remaining true to its moral and artistic values.