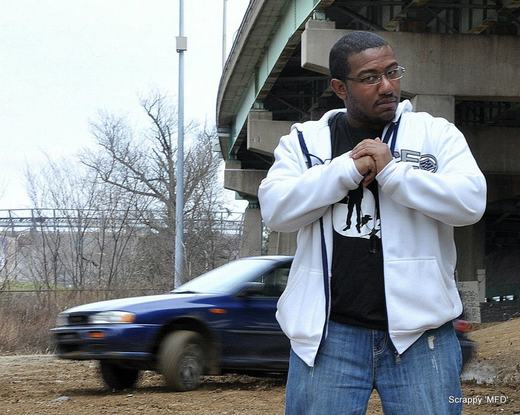 Born and raised in New Castle, Delaware the Prince of SG Crush Da Catalyst adopted a sick unheard flow from his singing, street life, and poetric background. Beginning to spit in the summer of 2001 Crush surprised everyone in his circles with his in-ya-face rhymes.
Crush wanted to do a lot things with his life but the love of music captured him to the point where he was never seen without a pen

and a pad, Crush began to document this life through rhymes as own therapy. Soon after Crush would created his own independent label. Cold War Entertainment. Cold War has its ups and downs with its artists, projects, & movement but Crush kept pushing and recuited Baladon Inc in the fall of 2007. Linking up with Montega Dunn on production, Crush dropped “The Shyt You Been Waiting For” in 2009.

After that Crush began a internship at Bad Boy Records, work a deal with Slip-N-Slide Records joined Nation Clicc & NSR but the NSR & Slip-N-Slide Records deals fell through which set him into a distression which he feel not good enough. Until Letskus Promotions came knocking which lasted a year because of conflicts promoting, a mutiny in Cold War and the last of his second child, Crush fell into a downhill spiral. But he kept pulling through and kept his determination for glory.