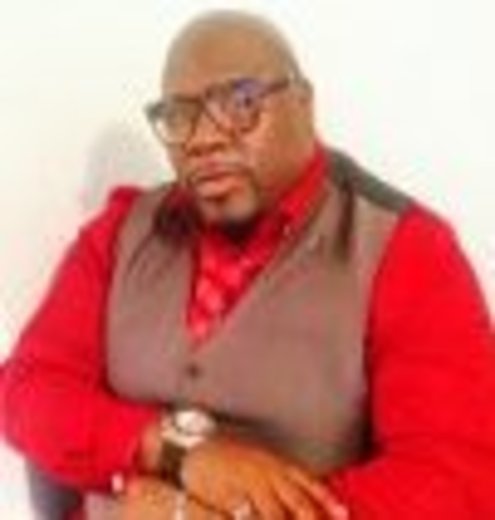 About Pastor Curtis Washington: He is a native Houstonian. He married his lovely wife in 2007. God has given him the spirit of prophecy along with the holy ghost. Through trials and tribulations God has enabled him to defeat the Devil. His current path and footsteps are divinely ordered by the Lord. His vision and assignment ordained by God has came to fruition founding Lifetime Worship Center a worldwide traveling ministry. He and his wife traveled to the West Coast for a couple of years. They had the pleasure of meeting several celebrities including, Shaunice Wilson and her husband Flex, the cast of the hit show "Empire" to name a few. He's also, an unbound singer. Once part of the R&B recording group, "Reality" and Gospel recording group "God's Creation", brings forth his strong baritone soloing to his voice. His harmonizing skills, as well as his love to praise the Lord is portrayed in his presentation. He has interviewed on live radio stations, including Coco Brother Live 102.5 FM Atlanta, GA were the song was played, Gospel 11.40 AM, 90.1 FM, 1360 AM in Houston, TX. He's also had the privilege of appearing on Channel 22 Day Star TV in Houston, TX. "I Need You Lord was #10 on the charts in London, England (UK). He has had the pleasure of meeting several celebrities, including Mary Mary, Kurk Franklin, Master P., and the late Gerald Levert (his twin). Most people call him Levert due to their remarkable similarities. Curtis also had the privilege to meet Mr. Eddie Levert July 2007 at his book signing in Houston, TX. Curtis’s new release “I Need You Lord,” features Recording Artist Angela Williams of Houston, TX. Pastor Curtis Washington preached his first sermon on July 29, 1997, at Greater New Grove Missionary Baptist Church in Houston, TX. Under the leadership of the late Pastor Elvin D. Stewart. He's had discussions with Bruce Forat of Forat Music in Los Angeles, CA. concerning his music advancements as well as Mitch Marcoulier of Marcoulier Audio Services in Los Angeles, CA. Mitch was the Engineer for The Late Musical Icon Micheal Jackson. His current mission is to minister Gods Word, touch lives, and encourage souls all over the world. His ultimate goal is to "Take Care of The World" and continue to praise the Lord. May God Bless You! Much Love to all of my supporters and fans!!! TCW