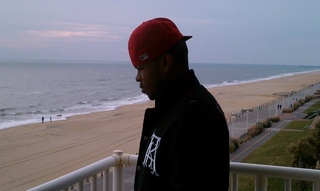 DanO might be the new kid on the block, but has certainly raised the bar for a lot of artistes on the rap scene. Born and raised in Lagos City, Nigeria, but currently residing in New Jersey USA, this 24 year old talented artiste is a music bomb waiting to explode.

Growing up listening mostly to Hip Hop and R&B, and being influenced by artistes like Jay Z, Nas, Notorious B.I.G, The Roots, Tupac, Twista, 112, he describes himself as Hip Hop conscious.

DanO is not just another rapper, he is also a singer and songwriter, and plays several musical instruments, with a bias for the piano and drums. He started writing Hip Hop Music in 2004, and experimenting with open mic sessions.

In 2010, he put out his first song on youtube, a freestyle to Kanye West’s “So Appalled”, generating great response from fellow youtubers and gathering him a fan base. Soon after, he was performing at shows - Montclair State University (Montclair NJ), Fiso Lounge (Philly, PA), Marriot, Virginia Beach, VA For A DEFJAM Showcase, and In Brooklyn NY at Brooklyn Nights, where he opened up for Cory Gunz (Young Money New Artist). In this same year, DanO started work on his mixtape, which he titled “Verses & Hooks”, released in March 2011.

He is currently not signed to any record label.