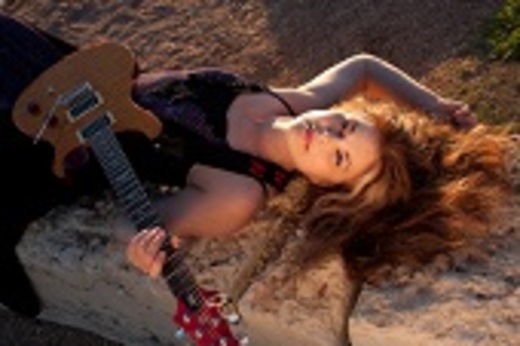 The Artistry Of DAWN MARACLE
The Lady, She's an Entertainer
A dedicated Professional
She sings. She plays guitar.
Dawn has a fast moving show in which she performs classic rock, blues, country, alternative, pop and contemporary as well as her own original material. She has a voice that is likened to a “siren” and her “awesome” style is enjoyed by anyone who sees her show. Her performance is filled with energy and excitement, which is the kind of talented entertainment that brings people back to see her again and again. A memorable experience.
Dawn Maracle
ENTERTAINMENT AT IT'S BEST

Dawn Maracle injects her alternative stylings with a spark of energy and a way of bending melody that stamps her distinct signature on her tunes. Catchy without sacrificing artistic credibility and shot through with songwriting savvy that speaks of innate talent and a dedication to the perfection of one's craft, Maracle's songs are road signs along the path to musical satisfaction.

“Music makes me feel invigorated and full of energy,” says Maracle, and it's plain to see – or hear – from the way her music shines along a sharp edge of finely honed sounds. Her music is full of the energy with which music itself inspires her, as though it was a gift that demanded to be passed on. And her music is as absorbing for fans as it is for her as the creator. “I get deeply engrossed with passion when performing any music,” she declares, and it's a passion that qualifies as benevolent contagion without cure – and who would want a cure?

For Maracle, though, the credit doesn't rest with her. She views herself as a messenger of sorts. Music is a present with which she was bequeathed and her duty as an artist is to shape it into pleasing sounds and share it with others. And such she does gladly. “Music is a gift from God and if you are blessed with a talent, you should be honest and respect that.” Maracle hit the ground running with her talent. She's devoted to her music and writes and plays with an unquenchable enthusiasm. “Take it as far as you can and never take it for granted.”

The Artist at Work

Maracle has proven her worth as a musician many times over. She's been awarded the National Female Vocalist of the Year Award two different times from the CMAA, which also declared her tune “Hardly Working” the song of the year in 1990. She has also been declared one of the Phenomenal Women of the Web. A slew of nominations have also graced her career, including nods for guitar, keyboard, bass, songwriting, drumming, fiddle and more. She's in the Who's Who of American Women, Biltmore’s Who’s Who as well as the Who's Who Historical Society. Artists with whom she has shared the stage include T. Grahm Brown and The Coasters. Maracle is busy playing, working on children's programming voiceovers, writing and recording. The summer of 2008 will see the release of a new CD. She's working with A&R Select, the world's leading artist development firm, based out of Los Angeles, CA.