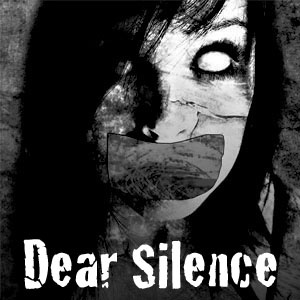 Dear Silence is a rock band from Southern California which plays a wide variety of rock ranging from pop rock, dance rock, and pop punk.  As young songwriters they strive to write catchy sing-a-long choruses.

Currently the band is hard at work rehearsing with a new drummer and singer to get show ready and finish their forthcoming E.P

Finally, the bands philosophy is simple. Play shows, make friends and have fun. Whatever they earn along the way is all icing on the cake.

See you on the road,

More About Dear SilenceThe heart of Dear Silence has always been guitarist and young songwriter A.J. Silence and fiance/singer Mena Love.  However several issues have plagued the band which lead to a year long break.  In August 2010 DS parted ways with a new drummer due to commitment issues that conflicted with bands rehearsal.  Then in March of 2011 founding member and singer Mena Love left the band to pursue other dreams.  With such a big blow you would think the band would fold but A.J., Gabe and Scott continued to follow their dream so they could see this band to its full potential

With so many set backs the band has taken on the tag line "Never Say Die" from the 80's movie called The Goonies. This tag line is now the bands mantra and driving force which keeps Dear Silence pushing for a brighter tomorrow.