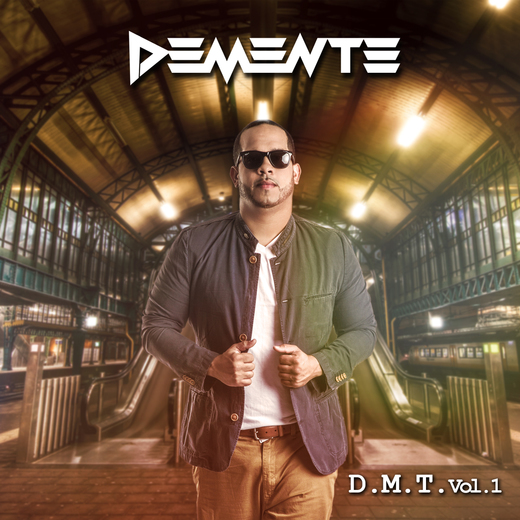 Alphred Mireles professionally known as “Demente” is the second son of Armando Mireles and Griselin Cruz. He was born November 6 of 1986 in Santo Domingo, Dominican Republic and raised in Moca, Spaillat a providence of Dominican Republic. As a multi-talented solo artist you can find him composing, singing, rapping, producing or making beats. Demente’s musical influences range from Don Omar and Aventura to Marc Anthony and Juan Luis Guerra, but he really started taking a listen to Reggaeton and Latin Rap when he was 11yrs old. Every time Demente turned on the radio he would hear “Playero”, “The Noise” and such artists as Baby Rasta Y Gringo, Daddy Yankee, Ivy Queen, Lito y Polaco, Vico C, Tempo, Big Boy, Don Chezina, El General and others who were the pioneers of what we call today “Reggaeton”. At the age of 16 Demente recorded his first song called “Te Deseo” in his studio and it was then when Demente started a new chapter of his life.
Demente’s passion to write has taken him to another different level. He dedicates most of his time to music and has already written over hundreds of songs from a variety of genres such as Reggaeton, R&B, Mambo, Rap, Hip Hop, Bachata, Balada, Merengue, Salsa and Urban Music. He has two Music Videos from one song called “Dale Pal Suelo” song that you can actually find in ITunes, AmazonMP3 and other places and “Guaya Que Guaya” a single that was released back in 2006. He loves music and no matter what country or culture the music comes from, he always says “Good music is good music no matter where it comes originally”. In 2006 he decided to open his own record label, formally called “Deep Flow Music Inc” now called “First Class Music Group”
Demente has performed in many clubs, private parties, lounges, and festivals across Maryland, Virginia, Washington D.C., Delaware, Philadelphia, New York, New Jersey, Dominican Republic and hopefully across the globe. He has also opened or closed for artists like: Tito Rojas, Mas Flow Family, Ivy Queen, Khriz & Angel, Pitbull, Cheka, Guanabanas, Mafu Crew, Fuego, WIbal y Alex, Andy Andy, Toby Love, Dominic Marte, Xtreme, Chosen Few, L.G.F and others. He has been on TV such as Univision and Telemundo in the Metropolitan Area. Newspapers such as “El Tiempo Latino”, Demente recorded a whole album called “Con Un Flow Profundo” which was supposed to be release in the beginning of 2008; however things didn’t go the way expected it. Right now he is working his new production called “Demente - First Class (Primera Clase) Album, which consists of 14 Singles with the variety of rhythm including: Bachata, Merengue Electronico, Soca, Vallenato Reggaeton, HipHop and Pop Balada, R&B and Reggaeton. Showing the fans what he can do with his talent! This Project will be release by the end of 2012.