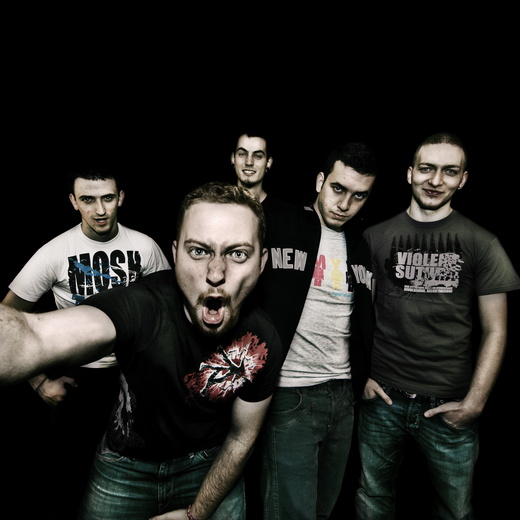 About Desire Before Death

Desire Before Death formed in summer 2005 from an idea of Massi (vocals), Pelle (drums) and Ventu (guitar). In September Ronco (guitar) and Gio (bass) joined and completed the band . After a few months we wrote 4 songs, held in our first demo. We recorded it in May 2006 playing live session, but in spite of the not really excellent quality of the sound we managed to find lots of concert around Modena. In march 2007 Desire Before Death recorded the new promo, produced by Dualized and Eddy Cavazza (dysFUNCTION Productions) and engineered by Gabriele Ravaglia & Simone Mularoni at Fear Studio in Ravenna (Italy).
This new work called “In The Eyes Of Tragedy” was issued on January 2008.
Desire Before Death had the honour to share the stage with bands like: Abel Is Dying, CATARACT , Fightcast, Kernel Zero, Samaritan, Sentence, Stigma, Straight Opposition, The End Of Six Thousand Years, The March Of Seasons, The Orange Man Theory, Violent Sutura.