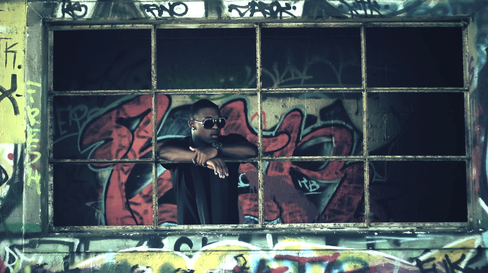 In the dead silence of a middle school classroom, this charismatic artist started with a few thumps and fist pounds on a hardwood desk. The lively beats infected his classmates

“The entire room began to dance and sing. The sight of seeing other people’s entire mood change through rhythm and beats is when I can honestly say, I fell in love with the art of music.

This passionate feeling was the birth of DeWun (D1) Music. Now an international star on the rise, DeWun Music has spread his mark globally. December 22, 2010 the Ghanaian bred artist took pride by representing the southern states of America and his African roots of Ghana, as he appeared and performed on the national television network BET’s (Black Entertainment Television) 106 and Park

“My father has always supported my music, now he is gone. It was an honor to pay tribute to my father and my roots in front of the entire Nation.”

Since his appearance on BET, DeWun Music has continued to elevate his musical career. With a rapidly growing fan base, he has performed in sold out venues, and even released the international selling album “WUNLUV”.He has immediate plans to tour the states and is determined to reach other continents. Currently, the ambitious mogul in the making has several projects on his hands

One of which, the media has deemed him the one to revolutionize hip hop with the release the highl
anticipated album “The Audible”. This project is said to catapult his fan base and industry recognition nationwide

Although now a talented lyricist, his musical beginnings were much different. At the age of 11, following in the steps of his older sister, he enrolled in band with hopes of playing the drums. Only to be rejected, and placed in the woodwind classification

He jokingly says, “How I went from drumsticks in my hand to a clarinet baffled me. But, I knew I wanted to be the best at it.” That same will and determination crosses over into every aspect of DeWun’s life. Due to football, track and field, after one year of band, he departed from the organization and experienced a 3 year musical drought

At the age of 14, the musical titan that lay dormant was awakened. Immediately after discovering his affection for music, DeWun began to teach himself how to compose instruments and create music

The fledgling producer began to develop his sound at a rapid pace. In a seemingly brief period of time, DeWun expanded from his musical classmates to independent artist across the Dallas/Ft. Worth metropolitan area. He soon began to manipulate and mold a music portfolio of well over 200 original, sample-free beats

Collaborating with cross-genres, a fleet of artists, Disk jockey’s, and producers through-out the nation as well as abroad, brought the production of but not limited to the Southern hits “Boogie on da Flo” from T Wayne, “Go-Rilla Flo” from Wreck A Mic and "Big Box Chevy (Miny Moe)” by Ace Boogie B of which are burning up the Texas airwaves and club scene

From his heart flowed rhythmic genius. With his distinctive yet commercially appealing production style, it was only natural to begin to develop his talent for rhyming

DeWun Music, the artist expanded his artistic horizons to songwriting, performing, arranging, and engineering music. Capturing the true gospel of hip hop with the singles “Im Your Biggest Fan”, “Higher”, and “Dangerous”; these singles have already been said to be cross-over Billboard hits. Shattering certain stereotypes about hip hop as a culture has earned him the role of opening for elite mainstream acts such as David Banner, Paul Wall, Yo Gotti Juvenille, Slim of 112, and several more

DeWun Music is not only an artist, but a developing philanthropist

“I feel like right now, a lot of the hip hop artists with major influence are using it for negative reasons. I would like to be a game changer and show the world a different side of urban artists. That is why I make decisions such as not to drink, smoke, or get any tattoos.

Fitting the mold of no one, this young mogul is not only involved in the movement; he is a movement. May 24, 1988, the international star to be, Kwabena Owusu (DeWun Music) was born. As the youngest of four siblings, DeWun felt the need to be different

“I never wanted to be the one to do something that was expected of me. I was a rebel, with and without a cause. I think I was the only kid in detention with straight A’s” (as he laughs)

Although frowned upon by authority, his rebellious actions landed him a role as a leader amongst his peers. The gift of leadership is one that he has carried with him through-out his life and has transferred over into his career

With international culture and presence, DeWun Music aims to lead the new school of international hip-hop artist in the United States as well as overseas

With the combination of production, song writing, and high energy performances, it will only be a matter of time before the free world knows his name. This producer turned artist, is the true and complete “wun” sent to revive the industry