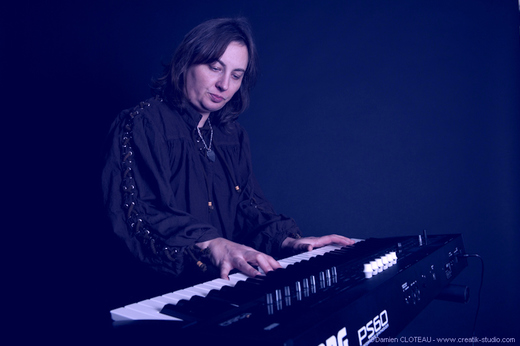 Kristeen Noland  (born 27 March 1974) is a Keyboard player, composer and member of No Keen Enterprise Band.  She discovered the piano at 9 years old and the world of classical music at first, allowing her with a Russian learning method until her master degree.  Then, she embarked on the composition and released her first demo (From the Beginning). The field of cinema also offered her an opportunity to discover another way of composing.

She has been working on a position of lead keyboard in several projects for years and she has been singing on a Wellknown Choir 'Les Choeurs de France' since 1997.

In 2010, she joined No Keen Enterprise Band. This instrumental metal progressive band style is exactly what she was looking for and wanted to play. Thus the EP 'Memories' was recorded from June 2010 to December 2010, released in 2011 in numeric format and is also available on CD.

She is still working with No Keen Enterprise Band and also on her solo project, a concept album oriented as a soundtrack.