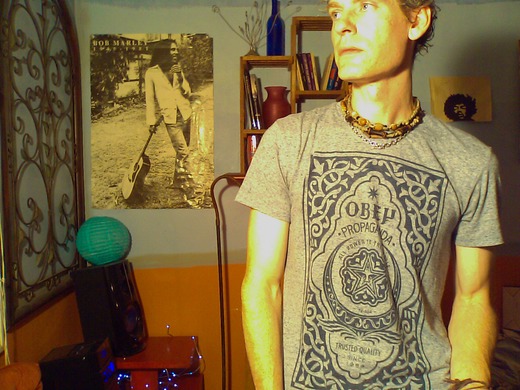 Odin started off writing acoustic songs, but soon joined Mouths Of Dogs (later Echo Hill) as lead vocalist and co-writer. After numerous shows over four years, playing the Loveshine festival outside of Chicago, and opening for national act Days Of The New (two years in a row) – the band disbanded over personal differences.

Odin took a year of reflection, and regnited his love for his acoustic guitars, developing a new phase of writing – centered on a newly, self-developed picking style.

Odin's new songs are haunted by sounds of Folk, Blues and Indie Rock. 'It's like the mud of the earth,' says Odin.

Currently, Odin is spending time in his self-designed, and built, home studio. Though frugally built, it has a thick and rich acoustic sound. Guest musicians are being brought in to round the sound out, and possible permanent positions may be arranged.