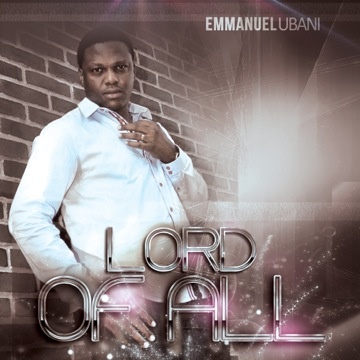 Contemporary gospel artist, songwriter and Worship Leader, Emmanuel Ubani has a deep heart of worship to God and sincere desire to see people have a genuine encounter and experience of the presence and power of the Awesome and Faithful God. He was born and raised in Lagos Nigeria and was introduced to listening to some of the finest and rarest Choral symphony, Classical and jazz sounds at an early age by his father, who had such great taste in music. His journey started off in the early ‘90s in the Youth Choir at his church where he rose to become the Choir Director. He, with some friends, went on to form the now defunct Christian Afropop band Pacesetterz where he regularly featured as its lead vocalists and did a lot of song writing.

Emmanuel recently released his debut single titled Lord of All, a soulful, worshipful and inspiring song which has been very successful and enjoyed rave reviews in the US and around the world. It is currently available for online download only on iTunes, Amazon, emusic and many more around the world.

Emmanuel was featured at the Gospel Mega Fest 2011 in Cleveland, Ohio and, in the last 10 years, has been involved in concerts and events in London, UK, Lagos, Port-Harcourt and Abuja, Nigeria. He is currently finishing work on his much anticipated debut album which is due for release in the summer of 2012. Details will be made available shortly.

Emmanuel currently lives with his wife in Cleveland, Ohio and attends the Abundant Life International Church where he actively serves as worship leader.