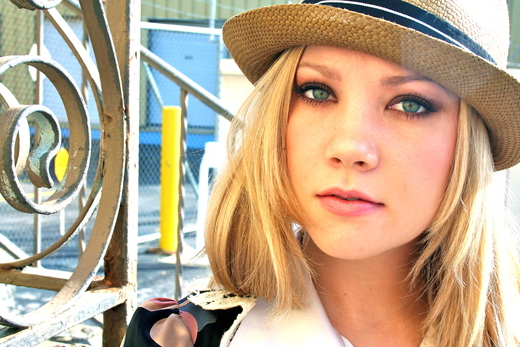 My name is Erica Hoyt and this is my auto-biography. I could have someone else write it for me, but to me that’s boring, and I’d much rather be the one to help you get to know me!

May 20, 1986: I was born in Neederland, Texas and was without a doubt, the ugliest baby ever. I feel sorry for both my parents in that moment that they saw me for the very first time, but thankfully they decided to keep me. They loved me deeply and I was to become their little star, going on to compete in hundreds of beauty pageants and talent competitions between the ages of 2 and 10.

At the age of 4 I became obsessed with a singing mermaid. “Part Of Your World” from the “The Little Mermaid” changed my life forever. I memorized every word, belting it at the top of my lungs and forcing my mom (and anyone, really) to watch me sing and perform inside our little rectangular space in front of the fireplace. This was my little stage.

When I was about 5 I saved both my mom and my little sister’s life, became a hero and appeared on several TV shows as a result, including Rescue 911, Jenny Jones, Sally Jesse Raphael and Good Morning America. It’s on youtube somewhere, check it out!

When I was 13 my family re-located to Nashville, so my father (Scott Hoyt) could pursue his career as a recording artist. During high school I worked at Sonic (where I ate WAY too much ice cream), spent way too much time worrying about boys, and wrote and recorded some of my very first songs (which are pretty awful to listen to now, but hey, you gotta start somewhere!).

When I was 19 I was hired at Lonnie’s Western Room, where I performed as a karaoke host for about 3 years. Country artist Gretchen Wilson showed up one night as I was singing one of her songs (talk about nerve-wracking!). Around this time I made it to the finals of Nashville Star and got to experience the highlight of my musical life so far – performing on stage with Loretta Lynn twice! One of the coolest people I’ve ever met.

My most recent adventures have included being featured on Fox’s short-lived reality show “Nashville,” performing a song I wrote in an upcoming Tim Allen film, and wrapping up my first EP (yeah!).

When not writing lyrics in my journal, recording or performing I enjoy painting, reading, hot yoga, taking pictures, learning French, ghost-hunting, chilling with my cats (Bentley and Foot Foot), and brushing up on my considerable Texas Hold ‘Em skills.

If you'd like to learn more about me head on over to http://www.ericahoytonline.com or introduce yourself on facebook!