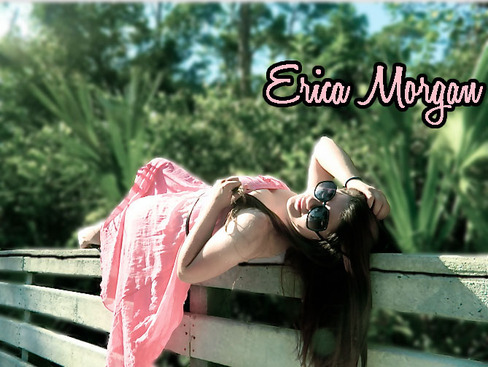 A native South Floridian, Erica Morgan was born September 17, in Coral Springs, Florida. It’s not surprising that Erica is a musician/guitar player and song writer. Her dad was struck with the music bug ever since the Beatles landed in America. From that point on, he played guitar, composed songs, performed from the age of 13 throughout college, and was signed to the Tokens’ production company (authors of the Lion King’s “Lion Sleeps Tonight” song). He continues to play for enjoyment. So Erica grew up in a house immersed in music

Just as the Beatles, Crosby Stills and Nash, and the Eagles inspired her dad, at around the age 17, Erica became passionate over the beautiful country pop sounds of Shania Twain, and later on, Rascal Flatts. Having a guitar in the house, she asked her dad if he would teach her how to play. After only a few lessons, she began to play chords and write her own songs. She played for hours each day after school and became quite proficient. But what was so surprising to everyone was how well she wrote…and sang. Even her first songs had a country pop feel, with traditional verses and choruses. A songwriter/singer/guitar player was born

Inspired by country/pop singers such as Faith Hill, Sarah Buxton, and Shania, she started building up a catalog of beautifully written songs and joined BMI, the royalty and licensing company. Her songwriting and singing talent became very evident in college when she had one of her songs put on iTunes. She was also written up in her college newspaper, The University Press, describing her as an up-and-coming musician whose lyrics and melodies inspire and make a difference in the lives of many people listening to her music. This article attracted attention, which resulted in her being called to open up for country star, James Otto.

Erica felt an instant musical connection with Otto’s producer and band. This friendship led to her going to Nashville to record one of her recently written songs, which was backed by Otto’s band. What made the trip so exciting was that it was recorded at Jay DeMarcus’ studio, bass player and founder of the group Rascal Flatts.  Otto’s producer, Tyler Cain, became so supportive of Erica’s music that he decided to be her producer on all future recordings. While in Nashville, she also performed at a very popular venue, the Hotel Indigo, where many famous songwriters perform on a daily basis. As well as recording and performing on that first Nashville trip, Erica got to co-write a song with Grammy-Nominated songwriter Dan Demay, who has penned songs for Martina McBride and Daryl Worley

Erica currently has two songs on iTunes with another one coming out in the summer of 2012. She continues to play at various coffee houses in South Florida. To fine tune her vocals, she is taking voice lessons with one of the most successful producers in South Florida, Pete Masitti (sang backup vocals for Shakira and has an album on iTunes). Presently,  Erica has over four dozen songs copyrighted and more on the way. In fact, she presented a demo to Clay Myers, the former Nashville publisher of Taylor Swift’s song, You Belong With Me. He immediately recognized her talent and opened his door to any song she wishes him to hear. That was a giant step in her career, along with Tyler Cain producing her.

Erica continues her studies at FAU, but on school breaks, she makes it a point of going to Nashville to record and meet industry people to further her career and help her achieve her musical goals. 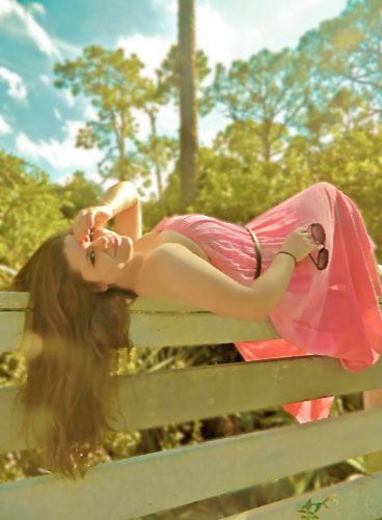