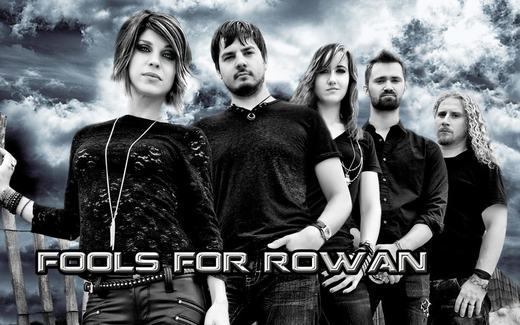 About Fools For Rowan

"This band is arena-rock ready!" Those were the words of ReverbNation co-founder Lou Plaia during a Fools For Rowan concert with Halestorm. After a sold out show with Evanescence...along with tour dates with Sick Puppies, Trapt, Gin Blossoms, Adelitas Way, Art of Dying, Tonic, Candlebox and many more...it seems Lou's words were prophetic.

Fools For Rowan hales from the same hometown as Kings Of Leon and Paramore...Nashville, TN. The band is sometimes compared to those two worldwide fan favorites...with the bended guitar chords reminiscent of KOL...and sensational female lead singer, ala Paramore...yet FFR carries its own torch. Led by spectacular singer Erin Mullins and female lead guitarist Rachel Brandsness...their "Twisted. Tied Up. Tangled." cd is receiving rave reviews worldwide...but it's their hyper energetic live show that is winning over fans and music industry leaders.

Fools' first single, "Burnt Around The Edges", received a great deal of airplay at college radio stations, along with support at many mainstream rock stations across the U.S. But, it was their song "Dead" that seems to have had the most impact. The "Dead" video was recently featured on Fuse TV...along with Havoc TV...and has been viewed nearly 100,000 times on Youtube.

The band was recently named to the list of "Hot 100 Live Unsigned Artists and Bands" by Music Connection magazine...and is currently working on their second cd, with hopes of debuting new music in 2012.