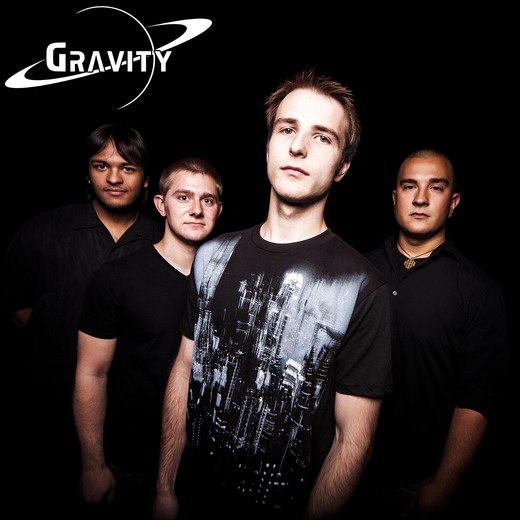 Straight out of Cleveland, Ohio, Gravity is causing a stir in the progressive rock community with their melodic and technically-proficient instrumental music. Compared to successful artists such as Dream Theater, Joe Satriani, Periphery, Rush and Symphony X, the band's self-released CDs and live shows continue to entrance listeners all over the world.  Since its formation, Gravity has achieved many accomplishments, including winning the Live Nation 2007 High School Rock Off, placing first out of 200+ Ohio bands; opening for prog veterans Dream Theater three times; performing alongside Symphony X, Kamelot, Sonata Arctica, King's X and Rhapsody of Fire; headlining the Three Rivers Progressive Rock Festival (3RP) with many well-known U.S. prog bands; performing with Trans-Siberian Orchestra vocalist Kelly Keeling during a special holiday performance; and being the featured artist in a 2011 Metro Toyota commercial aired throughout Northeast Ohio.

Gravity’s first full-length CD "Into Oblivion" was released in 2007; they released their sophomore album "Midnight Sonata" in 2010, and are currently at work on their third full-length record, an album which sees the band stretch themselves to their limits as musicians and songwriters.