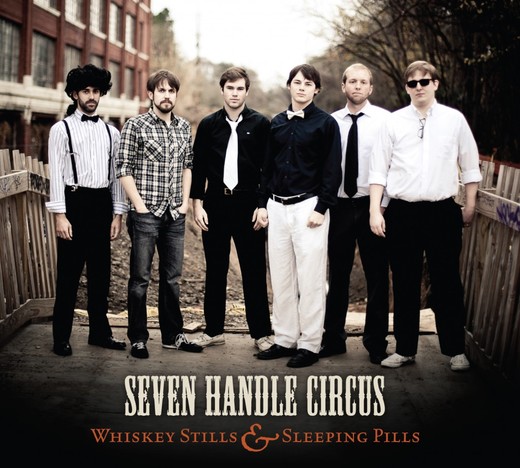 Formed in 2010, the Seven Handle Circus are a six-piece Georgia band traveling across the land, pushing the limits of human endurance to send each crowd into a dancing and partying frenzy. They have been critically acclaimed as “Bad Ass Bluegrass” and “a brilliant little string band.”

They have been sharing stages with noteworthy bluegrass acts such Chatham County Line, Mountain Heart, and The Gourds, as well as platinum-selling rappers Yung Joc and T Pain, and were recently invited to play at The Fox Theater in Atlanta by Mumford & Sons, when the band just happened upon an acoustic set 7HC was playing at a restaurant next door to the historic theater.

7HC draws from their love of traditional bluegrass and folk and distills these influences into a modern sound adding the energy of rock and roll to create something that is all their own. With themes ranging from fun of drinking to the complexities of life, the Seven Handle Circus shares the beauty of the music they love, along with plenty of new surprises.