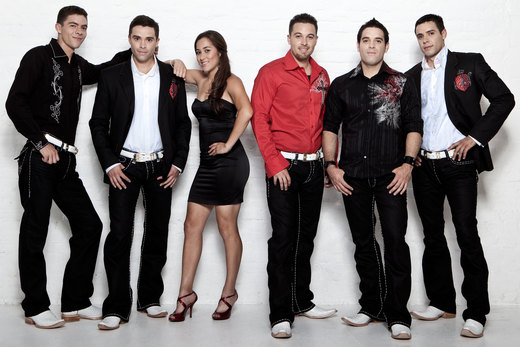 Hermanos Herrera have six recordings under the Sonbros Record label. Their latest Norteño CD received strong radio play throughout the U.S. and Mexico with one of the singles reaching number one in a few markets. Hermanos Herrera further broke new ground with their most recent Son Huasteco recording as it also received commercial radio play in both the U.S. and Mexico. This groundbreaking achievement was a first for the Son Huasteco genre. For being ambassadors of the Son Huasteco genre, the group was awarded the most prestigious recognition, “Sol Poniente” Lifetime achievement award in Veracruz, Mexico.

Hermanos Herrera have shared their music with a wide audience, performing throughout the U.S. and Mexico. They have performed at world renowned venues, alongside the biggest names in the music industry and have appeared on numerous national and international television programs. They have shared the stage with; Los Tigres del Norte, Mariachi Los Camperos de Nati Cano, Linda Ronstadt, Conjunto Primavera, Los Lobos, Julieta Venegas, Ozomatli, Jose Feliciano, Montez de Durango, and Banda el Recodo among countless other artists.
Beyond music, Hermanos Herrera have established themselves as well-rounded scholars and academics. All 6 members graduated valedictorian of their high school class and were all star athletes in various sports. They have, or continue to attend UCLA, one of the most prestigious universities in the U.S. Jorge Andres Herrera is continuing work on his Ph.D, Luis Albino Herrera received his Master’s degree, Miguel Antonio Herrera received his Bachelor’s degree as did Juan Pablo Herrera. Jose Marcelino Herrera and Rebeca Isabel Herrera are still working on their university degrees.

In addition to their musical and academic accomplishments, Hermanos Herrera have maintained an active presence in the community. Through their music they have raised over $100,000 for the community and have assisted in countless fundraising and community service events, educating children and assisting those in need.

Their upcoming and very much anticipated CD is planned for release in summer 2009. It will surely flood the radio waves and be a necessary addition to everyone’s collection.