Love music of all Style/genres. Love to record music, sound productions for events 1-300 people. CEO Howcee Productions Gospel. Love to play at festivals. Recording studio "My Son"s Room. Host Howcee Productions Gospel Blog Talk Radio 10pm to 12am every night. Deacon at Antioch Baptist Church, Choir President. Church Sound Production manager. Let us write your next music song. (Howcee) Productions Gospel Artist Freddie C. Howard has been in music all his life. My first music instrument was a Sears and Roebuck organ in 1961. I once wrote a letter to Sammy Davis Jr. for a drum set. This was my awaking to the real world. I was told by Sammy Davis Jr. That he had no money for such but he had already given to charity. I began from that moment to make it in the music business with or without his help. I was 13 at the time. I played drums. B flat tennor sax. and piano in high school and was playing for local church youth choirs. Wrote a song call "Old Girl"sent off to a music publisher later found out some one else had claim the song. Got my first band in 1973 Tucson Az. Call the "Chosen Few" played on college campuses. Playing night clubs for college kids.Stop playing music for over 40 years. Raised a family returned to church, join the church choir Retired from AL. Dept. Corrections after 29 years in 2009. Return to playing the piano build a home recording studio in my son's room. Played at several local AL. festivals. Now writing and playing music doing what I love. Making and recording my own music. 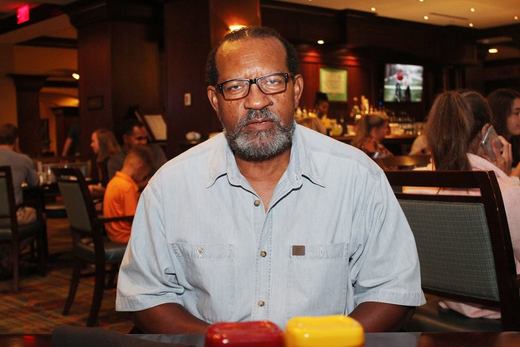