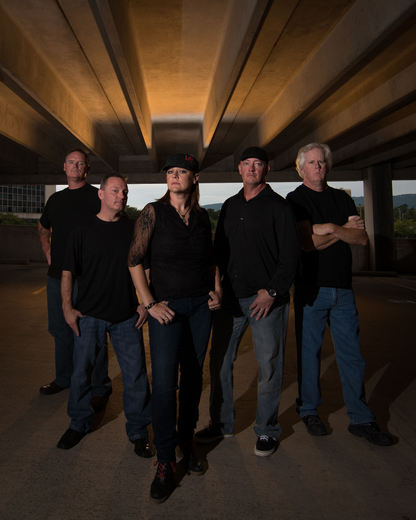 Red Letter Disciple is not your typical Christian band.....They are.....Loud, Driving...and unapologetic for what or how they play. The current quintet sprang to life when founding members Brian Scott and Brian Osborne added guitarist Mike Grigby, longtime bassist Jerry Morris, and the band’s newest member, vocalist Andrea Sansone.Sansone’s soulful and powerful vocals, reminescent of Grace Slick, coupled with strong and edgy guitar riffs from lead guitarist Brian Osborne have come to define the band’s sound. They exude the classic rock feel that older rock and roll lovers relate to, but that is where the rock and roll ends and the unquestionable faith based lyrics of Brian Scott take over. The songs do not shy away from or mask the deep religious heartbeat that inspires the music and the band. It is there at every turn and at every phrase. It is driven into the listener…hard, it is impossible to ignore and it is difficult to not become engaged.

Red Letter Disciple is based in Dayton Tennesee and their live act has been well received in the southeast. They are slated to perform at Riverbend 2013, Chattanooga’s premier musical event and they will also play the prestigious Steeples and Spires Festival in Clarksville later this spring. In February 2013, the band signed a recording contract with Backyard Records and later that year released their debut album “Messages” at Chattanooga’s Riverbend Festival. For more information about the band, please visit www.facebook.com/redletterdisciple.