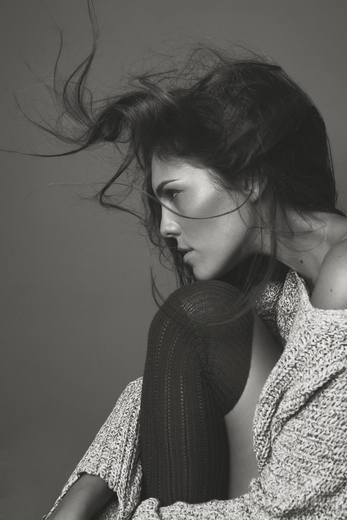 On March 12th of 2013, Jordan Corey took to the Internet, asking fans to financially back her sophomore release, Trilogy. The project would be a 3-song EP accompanied by a 3-part video series that Corey would conceptualize and produce with a team of filmmakers. 30 days later, Corey independently raised over $16,000 for the projects’ release and began a yearlong journey.


In 2011 Corey teamed up with producer Jason Hollis to conceptualize a vision: capturing a Stax Records vibe with an Indie twist. The two went to work on what would become her songwriting debut record, Do Me Wrong. Joining forces with guitarist Dan Dixon (Dropsonic/PLSPLS), Corey co-wrote all five of the EP's original tracks.


Shortly after the records’ release, iHeartRadio named Jordan Corey Adult Pop Artist to Watch, and in April of 2012 the album single, Tonight, hit HOT AC radio. Invigorated by the response to Do Me Wrong, Corey/Dixon/Hollis went back into the studio to work on a follow-up record. The three-song EP was initially written as part of a larger work, but after recording the tracks, Corey felt that the songs stood on their own; each a pillar in her artistic voyage.


Trilogy’s opening track, Final Goodbye comes in hot, dripping with 70s soul and confident sophistication. While gritty horns and gated drums give Hold Me Under an ominous, unexpected twist. The agape choir singers are soulfully interwoven on the EPs final track, Here Rite Now, where Corey hones in on her songwriting chops. Jordan Corey’s groove-drenched music has an infectious quality that’s simultaneously classic and cutting-edge.


At 18-years-old, Corey chose to pursue a career in music while attending the University of California Santa Barbara. At this time, her Father gave her the best advice she could have received. He told her to understand the industry and approach her career as a young entrepreneur would. Corey took this advice to heart and was determined to organically build her audience by producing great music, utilizing social media and creating grass-roots marketing campaigns – many of which she, her Father, and her sister would later conceptualize in their basement turned home office. This foundation provided Corey with a unique perspective on her career and a drive to be innovative in her art. Corey’s choice to crowdfund for her second release displays that drive. Releasing her record via crowdfunding allowed Corey to maintain creative control and connect with fans in a deeper way as they joined her on the Trilogy journey.

“The music industry has drastically changed over the last decade. The current geography in the ‘business’ of music has given way for young artists to redefine the ‘norms’ of the industry and become true entrepreneurs while perfecting their craft.” – Jordan Corey

The Trilogy out now https://jordancorey.bandcamp.com/album/trilogy