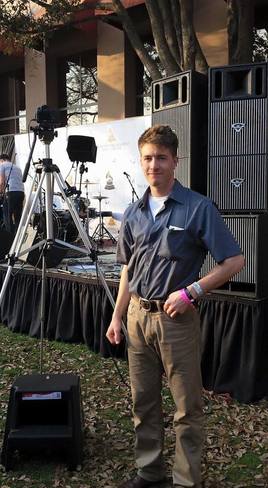 Wes-tone has been recording original music in central Minnesota since his middle school years (~2006).  He began using a $10 computer microphone and has since upgraded to marginally better equipment. Recording original tunes has only been an occasional side hobby up until the winter of 2013 when he found the time to get a bit more serious.  In 2015, his song "Drunk and Unemployed" landed him as a winner of the Grammy Amplifier songwriting contest.  This led him to record the song "Diamond in the Rough feat. Danielle Diamond" at Oceanway studios in Nashville, TN.

He writes, performs, records, and produces all of his own music and is a multi-instrumentalist.  He also does much composing/producing/mixing for his songwriting companion, Danielle Diamond.

The age of the internet has allowed Wes-tone to be inspired by the greatest music through all time and space, which is why it is difficult for him to stick with a narrow range of genres.  He finds that he can use the 'genre' as a tool in itself to further the dimensions of a particular song.

Please, sit down and enjoy the multi-faceted genre selections brought to you by Wes-tone.

Listen to new songs on Soundcloud.