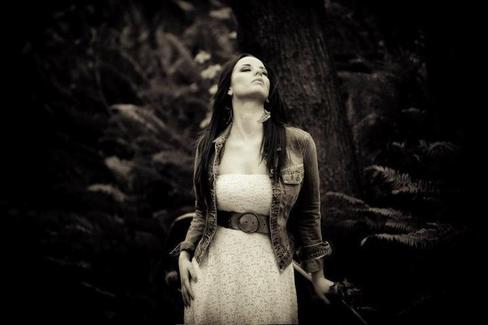 Kate Turner grew up in the small town of Burbank, Washington and has recently released her second album, The Side Project EP.

Backed by some of the best musicians in the Northwest, Kate is already grabbing the attention of fans all over the west coast with her fresh and original  music. In less than a year since her EP was released Kate has already shared the stage with Country Artists like Matt Kennon (The Call) and Sawyer Brown (Some Girls Do).

The greatest thing about Kate's music is its versatility. Although her heart belongs to Country music, and tells classic stories through her lyrics, Kate's music has crossed over into several genres enabling her to reach fans from any end of the musical spectrum. Kate burst on the music scene in June of 2011 with the release of her "Baby No" EP and hasn't looked back.

Keep tuning into Kate's youtube channel, katiek1632, and watch for her songblog videos posted every month! Kate and various members from her band get together and release acoustic versions of Kate's new songs so fans can get a sneak peek at what the band is working on for her new album and for upcoming shows!