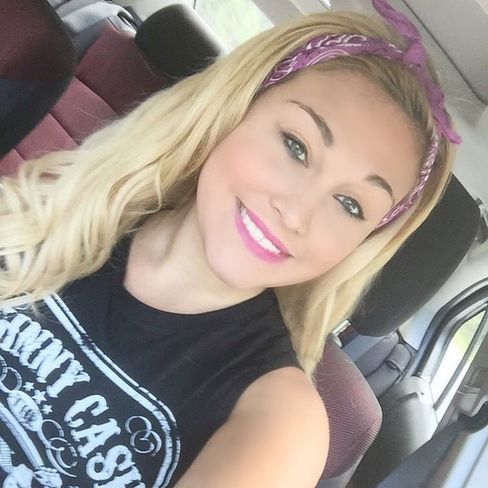 Throw Blues, Rock and Country all together and there you have her -> Keeghan Nolan. Keeghan  is 23 years old and has been raised around Country Music her whole life singing and performing on stage since she was 12yrs old. Keeghan is from a small town in Northern VT and has traveled between Vermont, Nashville, and Florida performing in a variety of Venues from many Indoor and Outdoor Festivals to County Fairs and Concerts. She has opened for manu  national acts such as Craig Morgan,  David Allan Coe , Jimmy Wayne , Gwen Sebastian, Love & Theft, Aaron Tippin , John Michael Montgomery and Clay Walker just to name a few . Keeghan has competed in many talent shows in 2005 She won the Local Colgate Country Showdown sponsored by WLFE and in 2006 winning the the local Colgate Country Showdown sponsored by Froggy 100.9 to go on to Topsfield MA, where she won the title of the New England winner of the Colgate Country Showdown . In 2007 she competed in the CMA Music City Rising Star Vocal Competition held in Nashville ,TN where she won: * 1st place in her age category * 1st place for her song “Sparks Fly” Overall Original Selection * 1st place for overall original performance “My real passion is singing and my goal is to become a professional singer/songwriter” -- Keeghan---------- In addition to her talents on stage, she also enjoys writing songs. . "What I really love about singing is being able to reach into someone’s heart and soul and touch their life in a special way. By writing my own music, I feel that I can do this – it’s as if I am having a very personal conversation with each of my listeners." -- Keeghan------ Keeghan identifies themes, composes the lyrics, and develops the melody for all of her original works. She has also been very involved in the arrangement of each song on her new album. She has written a multitude of songs in a wide variety of styles (Country , Ballads, Country Rock).------- with all of her own original material which features a Country/Rock mix put together --- In addition to her musical talent , she also has the look necessary for mainstream country marketability. She is an experienced and successful model. She has appeared in print ads (country radio stations and Home Center ads), television commercials (97.5 radio station and Total Home Center , and Heritage Ford with Rusty Dewees ) and live fashion shows (Maurices, Deb, etc.). Although modeling is not her main focus, her style and appearance is a plus to her on-stage audience appeal.  In June of 2013 Keeghan was signed with a label out of Nashville called Big Whirl Records , Her new albim "She's Countrified" will be released in June 2014