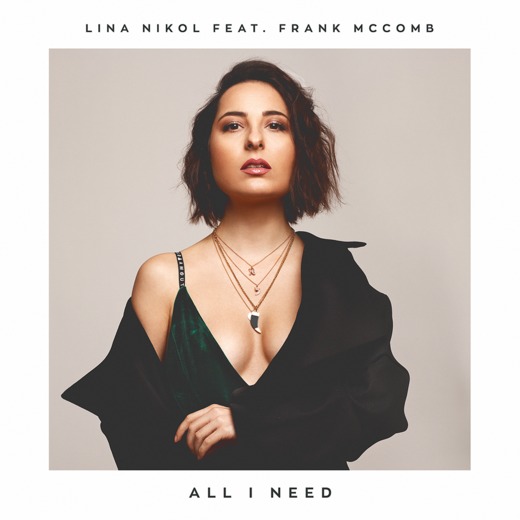 Lina Nikol starts playing piano at the tender age of 4. Raised in a musical family (her mother is a singer and her father a guitar player), she is no stranger to the stage from an early age. As a child, Lina spends most of her time traveling and falling asleep under the sounds of her parents, performing on different stages mostly in Norway.

At the age of 15 she attends and wins her first singing contest. The reward is to make a professional recording with a song of her own choice. After recording a couple of covers, Lina Nikol starts composing her own songs. In 2007 she participates in WCOPA (World Championship of Performing Arts) which is being held in Los Angeles, USA and wins first place in pop category. A year later she is rewarded as a runner-up (second prize) from the British Online Competition "We are listening" after submitting an original song in the style of Pop/RnB. After spending some time in the studio and shaping her own music, in 2010 Lina Nikol releases her first EP "Far away".

In 2014 Lina Nikol finishes work on her next EP, titled "Your Love". The first single of the production which comes out on 26th of January 2015 is the approved from EMI Publishing rearranged version of one of the signature tracks in Soul/RnB music-"What you won't do for love". With one of the tracks from the mini-album, "Your Love", Lina Nikol receives the grand prize for best new song in the Bulgarian National Radio competition.

2016 marks the beginning of two great projects in Lina Nikol's career: the partnership with the brand "Schweppes" and the collaboration with one of the most talented artists in the world: American soul singer Frank McComb. Lina releases four videos with original songs. The project is called "Schweppes Music Sessions". In February 2018 the singer and Frank McComb introduce their duet song "All I Need" which is reviewed by the highly acclaimed sites "You Know I Got Soul" and "Soultracks". The song hits rotation worldwide and becomes part of the "So Soulful Collection" Vol. 3 - a UK compilation,  featuring artists in Independent Soul Music.

Lina is working on her full-length album which will be released in 2021.