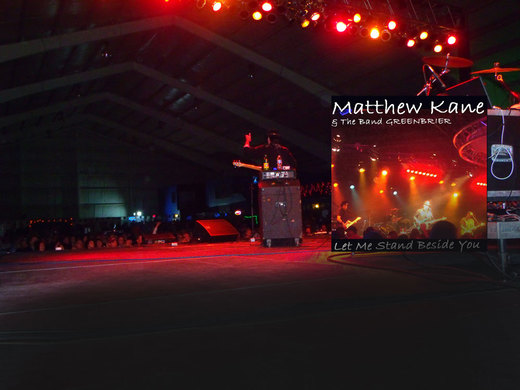 Born in Cedar Rapids Iowa.
He grew up in Martinsville and Roanoke, Virginia.

Matthew has been playing bass since 1988.
He has been on stage since the young age of 5.
Matthew got his start in music working in his
parent's band in the 80's and 90s called
"Amarilla".

He has met many performers over the years:
Shooter Jennings,
Ted Russle Kamp,
Shawn Camp,
The Black Crows,
Exile,
LoneStar,
Neal McCoy
and many more.

He now lives in Cedar Rapids Iowa. Matthew is
a respected young artist in the music community,
as a performer, a songwriter and an instrumentalist.
The band GREENBRIER was created by Matthew, named
after his 1963 Chevy Corvair van, which he and his wife restored.

Matthew and his band members are fast becoming a
strong musical force in eastern Iowa with a large following.

They play their own songs along with many of Keith Urban's
and others by great country artists.

Go to www.GREENBRIERband.com to see where GREENBRIER will be at next.